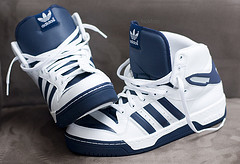 When it comes to my Twittering, I like to kick it old school.

While the rest of you tweet using your fancy iPhones, your massive TweetDecks, or your mini Twhirl’s and TwitterFox’s, I use the original method - “from web.” I realize this totally makes me a dinosaur, but I don’t care.

Anyway, for marketers, bloggers, and PR folks, one of the biggest benefits of using the actual Twitter website is the ability to be able to watch and respond to trending topics. Twitter always provides the 10 hottest topics people are tweeting about on the site in real time, in the right sidebar. The same topics are also listed right underneath the search box on the homepage of the site.

Over the last few months, many of the world’s biggest news stories and popular entertainment topics have come and gone from the rankings of Twitter Trends - District 9, Snow Leopard, and the Iran election to name a few. But over the last month, one particular trending topic has outlasted them all, and the subject may surprise you.

During the month of September, Jay-Z seemed to be a trending topic on Twitter literally EVERYDAY. His reign as a trending topic began on June 5 when his single “Death Of Autotune” was released. An admitted Jay-Z fan, I was quite surprised to see my favorite rapper trending on my favorite microblog in June.

Jigga (never thought I would use the word “Jigga” in something I wrote at work) then showed up maybe once or twice during most of July and August as the single “Run This Town” and its video were released. Then his album leaked on August 31…

and then Rhapsody announced a Jay-Z twitter contest on September 2…
and then Roc Nation started a Jay-Z themed hashtag game on Sept. 9…
and then the Blueprint 3 was finally released on Sept. 11…

and people STILL continued to tweet about him through Sept. 24, when Jay-Z was on Oprah.

And through all of that time, Jay-Z remained one of the hottest topics on Twitter. Not the no. 1 topic, mind you, although he did wear the crown at some point on September 11. He did, however, remain enough of a topic to stay trending in the top 10. By the time his album hit stores, I had grown tired of seeing Jay in the list of Twitter trends… and I wasn’t alone.

So, after all that attention on Twitter, did social media marketing mean big business for Jay-Z and the Blueprint 3? Sales figures seem to point to a resounding yes.

On top of those totals, multiple Jay-Z tracks ranked in the top 10 digital downloads following the release of the Blueprint, and the song “Run This Town” peaked as high as no. 2 on the Billboard Hot 100.

Did Jay-Z over saturate the Twitterverse as part of marketing for the Blueprint 3? Yes. Did the social media blitz pay off?

To date, the Blueprint 3 has likely exceeded 1 million units sold in less than one month of release. In today’s music industry where traditional sales are far exceeded by downloads of the legal and illegal type, that total seems remarkable. The album should be considered a certified smash.

The amount of money Atlantic Records and Roc Nation were able to put behind the Blueprint 3 typically far exceeds the budgets many companies have to devote to strategic internet marketing.

However, the amount of buzz Twitter generated for Jay-Z and the Blueprint 3 is just the latest example of how social media can pay big dividends on the bottom line.

So, for those of you who still think social media marketing doesn’t apply to your business, I have to ask - why?

And also… can you really afford not to give it a try?